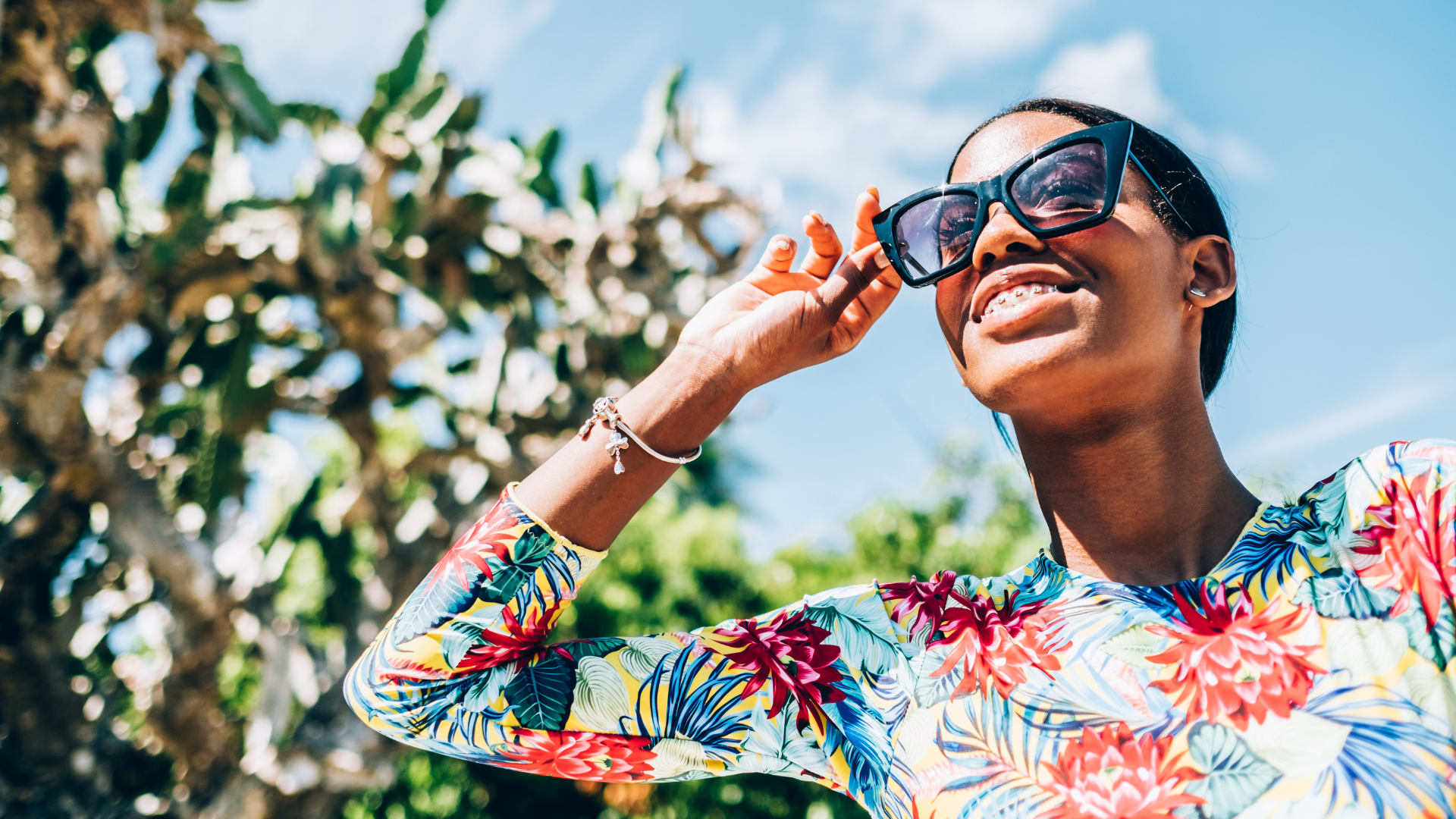 “The Differentiator Difference”: Branding To Make Bank Not To Bore!

So it’s no secret that the “internet” is where it’s at. These days anyone who has something to say, show or sell can hop online and leverage platforms like Instagram or YouTube to get seen or heard.

But where there is opportunity there is competition. And lots of it! The Internet is pretty crowded these days and because there is so much noise, there’s a good chance that you can build a business and still be invisible!

But, if you are able to build a business that stands out, says and does things in a uniquely creative and different way, and looks different than all the rest, then you can really position yourself as the crème de la crème and find yourself with a brand that not only attracts tons of people but makes bank as well.

You see, the modern day Womanpreneuher isn’t playing it safe. She will never say “that’s how so and so did it, let’s do the same.” She is writing her own rules, turning her nose up to the norms and having breakthroughs by creating her own space among a sea of samesies.

Most entrepreneurs are so overwhelmed by everything that they need to do – creating content, posting on social media, emailing their list, developing products –  that they put little to no thought into their overall brand. Nowadays, it’s just easier to swipe someone else’s style and use it as your own.

But here’s the problem with that.

Let me give you a little hint: One of these things is not like the other…

and that one thing is YOU!

You see, what works for another is not guaranteed to work for you. You can duplicate every single step and still come out with a different result. (for better or for worse)

I hear entrepreneurs say all the time, “ I don’t know why it’s not working, I’m doing everything so-and-so told me to do.”

As someone who for the first two years was doing everything right but still not making the money I wanted, I began to study successful businesswomen and influencers online. One of the things I noticed that they all did better than most, was create an omnipresent brand. It was this intangible “magic” that they were able to create that literally drew people to them.

And that magic is called the Differentiator Difference. 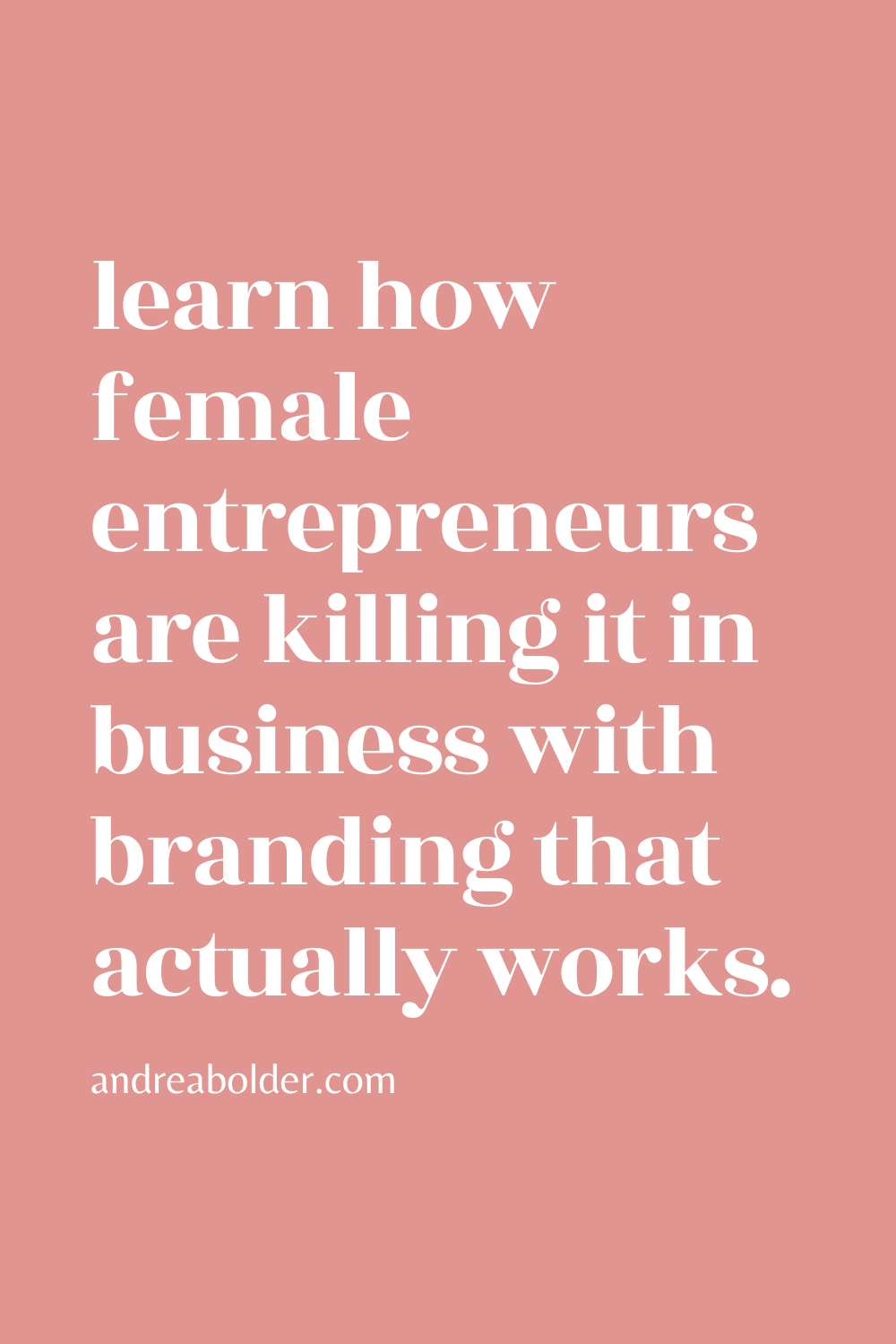 If you think about it, there are plenty of bakeries selling cupcakes – using the same basic ingredients (flour, butter, sugar, vanilla, and eggs).

But if there are plenty of cupcake spots out there already, why would anyone want to open up another bakery? Come on, there are only so many types of cupcakes you can make, right? Well, new and upcoming bakeries like Milk Bar Bakery don’t need to invent a brand new kind of cupcake to be successful—they just have to take an existing cupcake and put their own signature on it.

The brands and businesses who continually (or soon will) kill their competition are those who understand that branding goes much deeper than pretty visuals, cute logos, and “what-everyone-else-created” products and services. Successful branding is layered, experience-driven and full of flavor (just like your favorite cupcake) and it is the differentiating factor that helps you stand apart from all those cookie-cutter brands out there.

So, if you’re wondering how your business can bring the same pleasure to people’s lives as your favorite cupcake brings to yours, three things must happen:

How they’re doing it:

Milk Bar’s trademark is its passion for playfully homemade treats. They pioneered the “naked” layer cakes” that back in the day were considered too simple but are now everywhere. The pushed the envelope by taking a basic cake an turning it inside out…literally. Instead of frosted cakes, they did the exact opposite of what everyone else doing and decided to do undressed or naked cakes. #genius

Just a tip: Think outside the box. Get rid of the generic courses, programs, and services and create something no one else has thought of. For example: Instead of creating another generic Pinterest course add an element that gives your students a jumpstart on their traffic and engagement. Instead of launching just another planner, create a series of Facebook lives to show people how to use it. Instead of offering design services, create a fun interactive app that allows clients to feel like they are really a part of the process.

The thing that is most unique with Milk Bar’s treats is the fact that they look like something you can make at home (but you know wouldn’t taste nearly as delicious). Simple yet sophisticated – you know there is much more to their products than meets the eye. Plus, not only are the products themselves distinctive in taste but so are the names. They have names such as “Crack Pie”, “the Compost Cookie”, and Cereal Milk Soft Serve, among other playful treats. These names make the consumer not only more curious but entertained as well.

Just a tip: Step out of the cookie cutter mold and bake up a product concept that people have never seen before. Through the use of color and words and imagery, create something unique, unexpected and unpredictable that people will remember.

When you walk into a Milk Bar Store it’s like walking into sugar heaven – you can smell the goodness before you even see it and all of your senses are on fire the moment you walk in the door. From the imagery to the flavors, you feel like you are tasting dessert for the very first time because you’ve never seen anything quite like it before.

Just a tip: From your freebies to your student follow up, creating excitement and trust with the people you serve is key. It’s about providing value through unique experiences that people can only get from YOU…without compromising your personality, creativity or core values! How you decide to package and present your content to your audience can make or break their decision to buy from you forever.

Are you delivering a MAGICAL, one of a kind experience that leaves people pounding with excitement and eager to know more about you and what you do?

Milk Bar is very particular about where they choose to locate themselves. Stylish areas (like Melrose in LA and The Cosmopolitan of Las Vegas) are ideal for this brand – preferably next to high-end, high-traffic stores. These areas attract their target audience and help to create a brand image of prestige and preference. Next time you stop into a Milk Bar store (or any one of your favorite stores for that matter), pay close attention to the brands around them – you may pick up a thing or two about the importance of positioning!

Just a tip: Aligning yourself with the popular people in your industry will position you as “someone people should know too”. Reach out to other successful brands who don’t necessarily sell the same products as you but serve the same audience as you. Partner up, mastermind, leverage each others community and know-how to create an association of success you need to catapult your business forward.

ONE OF A KIND MARKETING APPROACH

Products at Milk Bar are displayed in stores with a distinct design, including colorful and quirky elements, custom muraled walls and pink neon signage. Packaging is bold and colorful and playful yet it still highlights the simplicity of their desserts. They drive the market by offering simple baked goods that they deliver in an unexpected, unconventional way.

Just a tip: Beyonce your brand. Learn how to become the center of attention by doing things so unexpected that it keeps people intrigued. The reason Beyonce found so much success as a member of a girl group was that she marketed herself differently. They could all sing, but she always had a different (more elaborate) outfit, her hair was bigger, her persona was larger. The way she marketed herself was like no one else in the industry and while everyone was trying to catch up, she was setting the trends. If you don’t force yourself to the front, you’ll always be a part of the crowd. Don’t be afraid to market yourself in a way that makes you hard to ignore.

At the end of the day, what are we all trying to achieve? We want to be seen! We’re trying to stand out. We want to show people what makes us different and unique so that when it’s time for our customers or clients to make a choice, they choose us.

When you clearly define your Differentiator Difference you:

#1 Make a good first impression – meaning you grab people’s attention! You want someone to stop scrolling and say, “Let me check this out.”
#2 – Get people to engage – meaning you want someone to say, “I like what she’s talking about, I want more.” So whether it’s spending time on your blog or watching your youtube video or signing up for your newsletter. Make them want more.
#3 Get people to invest – meaning you want people to become a part of what you have going on. So whether that is buying a product, donating to your cause, or spreading the word about what you do. They are invested in you.

When I first started my blog, it had a dark purple header, there were colors everywhere. I had yellow and gold and blue and pink and purple. It was hideous. Yet all the other network marketing blogs that I saw were using a similar theme, with a similar layout so I just figured, hey it works for them, it will work for me.

But something was missing. There was a disconnect between how I truly felt I should be showing up in the world and how I was showing up. It took me two or three tries to get it right, but as I evolved as a business owner my blog and my business evolved with me. And eventually I was able to create a brand that felt authentic, represented my personality and truly resonated with the audience I wanted to attract.

Moral of the story…

If you are in business and want to make money you need a brand that moves differently. Whether you are a teacher, a coach, a consultant, a designer, an author, lawyer, real estate agent or anything else…and you wanna to make money…

Your job is to exploit what makes you different, relevant and unique. When you are relevant and you are different you stand out, you are visible and being visible is what puts you in the position to connect with more people.

Figure out who you are, what makes you special and how the hell you’re going to help people in a way that is different and unique and exclusive to you. What buying experience can you create that make people want to buy from you, and only you!

DID YOU ENJOY THIS POST? LET ME KNOW IN THE COMMENTS + MAKE SURE TO PIN THIS POST? PLUS, IF LEARNING HOW TO BUILD A BRAND THAT MAKES BANK IS YOUR GOAL, START PLANNING YOUR SUCCESS WITH THE FREE BIZ + BLOG PROFIT PLANNER.

This site uses Akismet to reduce spam. Learn how your comment data is processed.